My Day, One Way 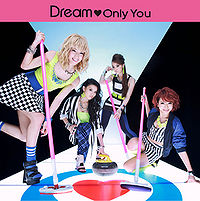 "MY DAY, ONE WAY" is a pop song recorded by Dream. It was used as a digital pre-release for the group's 24th single "Only You", and was released a week after the title track was released digitally. The song was used as theme for the drama series Monsieur!.