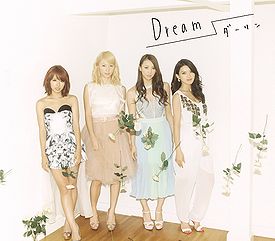 "Darling" is the 25th single by Dream, and their second as a four member group. It was released in four editions: a regular CD+DVD and a CD edition, along with the One Coin CD and MUSIC CARD editions which were only sold at mu-mo online store, at LDH Mobile store and at E-girls FAMILY official CD/DVD shop fanclub. The song was used as theme for Zexy commerical for the month of October, "Unbelievable" was used as theme song for Tepika's mini CM and "Wanna Wanna Go!" was used as theme song for Honey Bunch CM. It was first released via digital download two weeks prior to the physical release.

The single reached #4 on the weekly Oricon chart, and continued to rank for a total of four weeks. It is the group's highest-charting single to date, breaking the record set with "My will" fourteen years prior.