Believe in You (dream) 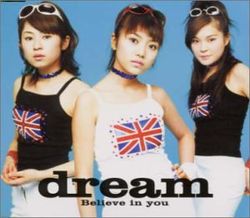 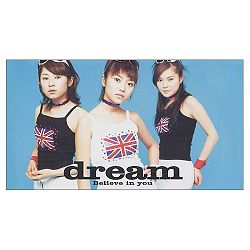 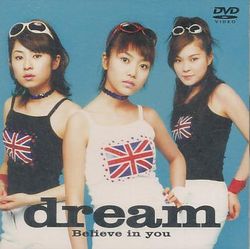 "Believe in you" is dream's seventh single. The video single (released on DVD and VHS) was released was released April 4, 2001. It was the last release to bear the group's three-silhouette logo. Believe in you was used as an ending theme for the NTV show ZZZ Romihi. The single reached #36 on the weekly Oricon charts and charted for two weeks.