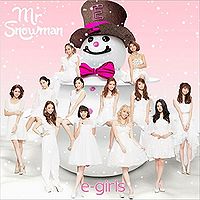 "Move It! -Dream & E-girls TIME-" is a song recorded by E-girls. The song was credited as Dream & E-girls due to the song being sung by the Dream members and being included on the E-girls' releases. An instrumental based on the song was previously used as "Kurukuru"'s seifuku dance song. A PV of it was used to promote E-girls' third studio album E.G. TIME.