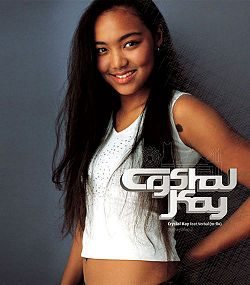 "Ex-Boyfriend" is the sixth single recorded by Crystal Kay, and it features Rapper VERBAL from the group m-flo. The B-side "Time After Time" is a cover of the 1980's hit by Cyndi Lauper. This is Crystal's first time working with VERBAL, and she seemed to leave an impression. He and his m-flo partner Takahashi Taku have since produced for her. Crystal was the first artist contacted by m-flo after their vocalist LISA left to pursue a solo career; Crystal joined the band to help recorded their comeback single, "REEEEWIND!".

The single reached #44 on the weekly Oricon chart, and continued to rank for a total of five weeks. At the time this was a career best, with her first two singles peaking at #47 on the Oricon. It sold 20,640 copies.

There are currently two version of "Ex-Boyfriend" to be found in Crystal Kay's discography. They are listed in order by chronological release.