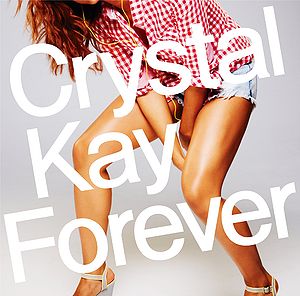 "Forever" is the 29th single (third Universal single) released by Crystal Kay. The song was first released digitally followed by the CD release a week later. It was used as the opening theme for the TV show CDTV. The b-side is a remix of Haru Arashi, which is her previous single. This was the lead-in single to Crystal's tenth studio record VIVID, which was released a few weeks later. The single did not rank on the weekly Oricon charts.