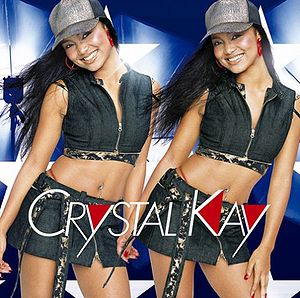 "Candy" is the 12th single recorded by Crystal Kay. It is the lead-in to her fourth studio album 4REAL, which was released a month later. The single was produced by YOSHIKA (who is another m-flo loves artists) and OCTOPUSSY. It reached #21 on the weekly Oricon chart and sold 14,828 copies.