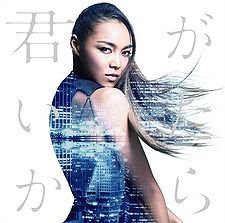 "Kimi ga Ita Kara" is the 30th single (fourth Universal single) released by Crystal Kay. The song was first released as a digital download followed by two physical releases: a limited CD+DVD edition and a regular CD only edition. It was used as theme song for the NTV dorama Wild Heroes. The B-side "THE LIGHT" was previously released as her 11th digital single and was used as the commerical song for Samsung's Galaxy S6.

This is Crystal's first physical single released in three years, following "Forever". The single reached #27 on the weekly Oricon chart, and stayed in the ranking for six weeks. It sold 6,146 copies.