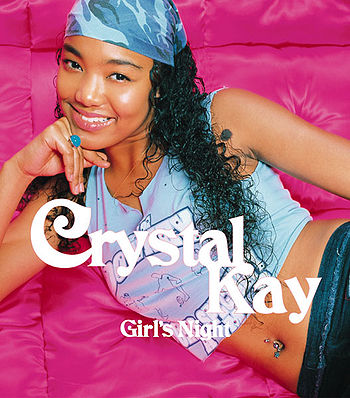 "Girl's Night" is the fifth single recorded by Crystal Kay. It was released in two editions: a CD and a 12" vinyl record. "Girls Night" was used as the theme for the TX music program JAPAN COUNTDOWN. This is Crystal's first single produced by T.KURA and MICHICO of GIANT SWING PRODUCTIONS, who would become long term collaborators. The single also is her first proper urban-pop sound. The "Layer 7" version of the song was remixed by Osawa Shinichi.

The single reached #100 on the weekly Oricon chart, and only ranked for one week. It sold 2,010 copies.