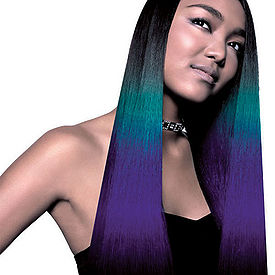 "hard to say" is the eighth single recorded by Crystal Kay. It was produced by ☆Takahashi Taku of the group m-flo; Crystal had previous worked with his partner VERBAL on her sixth single "Ex-Boyfriend". The song was used as the opening theme to TV Tokyo's COUNTDOWN JAPAN. "hard to say" features raps from both SORA3000 who is better known as JESSE of RIZE and SPHERE of INFLUENCE . The single features the "KZ Future Disco" remix of her previous single "think of U".

In 2009, there was poll placed on Crystal's website to determine the most popular songs, which would be used on her second best album BEST of CRYSTAL KAY. "hard to say" was ranked in as the #5 most popular song.

The single reached #26 on the weekly Oricon chart and sold 45,420 copies. It is her first single to chart within Oricon's Top 30.