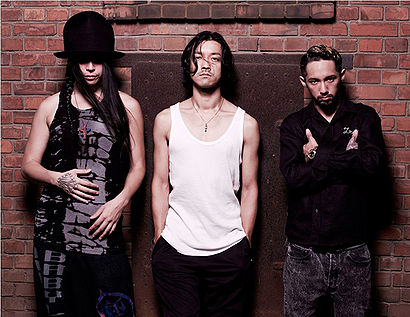 RIZE formed in 1997 with members JESSE, Kaneko Nobuaki and TOKIE. They started performing live concerts in the Shimokitazawa area. In 2000 they performed at the 10th Kitazawa Music Festival and, after having been signed to Epic Records Japan, released their debut single "Kaminari". They followed up their debut in November with the hit single "Why I'm Me", with an album being released the same month. However, original member TOKIE left after the album's release, with u:zo joining as the new bassist and Nakao Yoshihiro coming in for guitar. 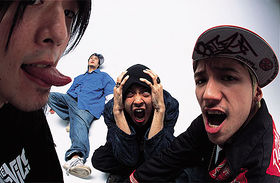 The following year proved to be a busy one for RIZE. In April, JESSE and Kaneko Nobuaki became radio personalities for the program All Night Nippon until September. They also performed again at the Kitazawa Music Festival in July, as well as the ROCK IN JAPAN FESTIVAL, ARABAKI ROCK FEST and SUMMER SONIC'01 in August. The band's collaboration with ZEEBRA, "I CAN'T LIVE WITHOUT MY RADIO", became the theme song for FM Festival. They followed it up with a tour in December called 4CITY (there were four performances).

RIZE kicked off 2002 with their FUCK'N ROCK tour in January, performing at over 40 locations. In May the band performed on MTV Japan's THE SUPER DRY LIVE, SWEET LOVE SHOWER. They continued performing various concerts and in August were part of the Rising Sun Rock Festival and the MAJI ROCK FESTIVAL. Once again, in September they performed at the ABARAKI ROCK FEST, and the next month participated in the South Korean field festival 2002ETPFES at the Olympic stadium. The event was the largest field festival in history, with over 30,000 people in attendance. The band continued to tour into 2003, and JESSE collaborated with the Beastie Boys for the Tibetan Freedom Concert. He also worked with Crazy Town on their song "Hurt You So Bad". In July they moved to Los Angeles to tour with Kottonmouth Kings and Phunk Junkeez. After their tour in America, the band came back to Japan, going on a "TIME OUT" in January 2004. This lasted until November, and RIZE then performed at the December charity event PEACE vol.3. 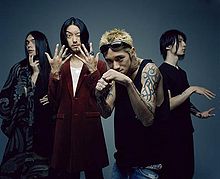 In 2005 RIZE held nightly concerts in Gangima for the months of March, May, and August, and again in April performed at the ABARAKI ROCK FEST. JESSE also formed the TENSAIBAKA RECORDS label; its two artists have been only Def Tech (of whom JESSE is good friends with) and RIZE themselves. (Def Tech officially debuted around this time, with JESSE helping to name them.) RIZE continued to be active, performing for Live 8 Japan in July, and in August at SUMMER SONIC'05. Bassist u:zo left in November, with KenKen (brother of Kaneko Nobuaki) replacing him. KenKen was made an official member of the band in April of 2006.

Again in 2006 RIZE performed at several live events, and late that year the established the indies label Far Eastern Tribe Records on Universal Music Japan. Their first Oricon appearance happened with the release of "Pink Spider" in November, debuting at #8. RIZE continues to be busy well into 2007: in May they were part of the line-up for the hide Memorial Day event and in July performed at Live Earth Japan. 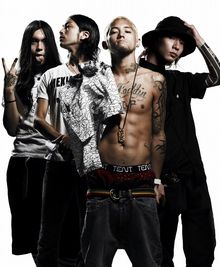 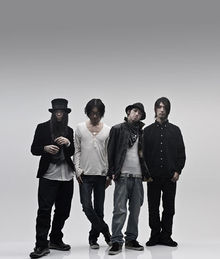 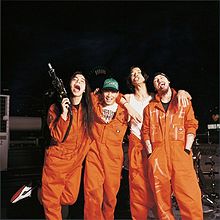