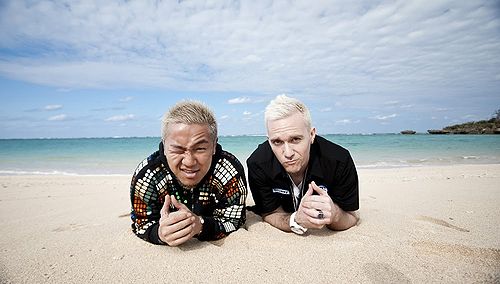 Def Tech is an ethnically mixed musical duo from Japan currently signed to the indie label Euntalk. Their unique sound is a mix of reggae, hip hop and some pop, described as "Jawaiian reggae" (Japan + Hawaii + Jamaica).[1] They disbanded on September 7th, 2007, but reunited in 2010.[2][3] At the time of Def Tech's disbandment, their three albums had sold a combined total of over 3.9 million copies.[2]

Shen was born in China, but grew up in Hawaii and Tokyo. He met Micro through their mutual friend, JESSE from RIZE. JESSE named the group "Def Tech" with the phrase "Technique wo Hikerakasanai" (テクニックをひけらかさない; Not Showing Off Technique) and "Def" being slang for "Chou Kakkoii" (チョーカッコイイ; Super Cool).[4]

Def Tech debuted in 2003 when they were featured on RIZE's single "VIBRATION ~introducing Def Tech". They made their solo debut under the indie label iLLCHiLL in 2005 with their self-titled album Def Tech. Two months after the album's release, it reached #1 on the Oricon weekly chart. Overall, it charted for 102 weeks and sold over 1.9 million copies, making them the second indie artist to achieve a million-selling album. At the end of the year, they were the first ever indie artist to perform at the NHK Kouhaku Uta Gassen.[5]

In September 2007, Def Tech disbanded due to differences between the two, but it was announced on June 3, 2010 that they had reunited.[5] The duo released their comeback album, Mind Shift, on October 27, 2010, and they embarked on a Zepp tour in early 2011. 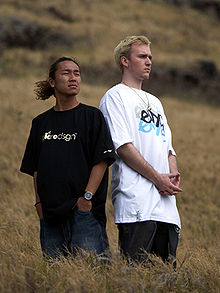 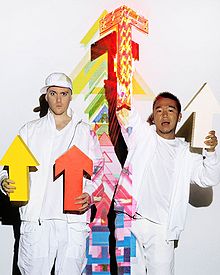