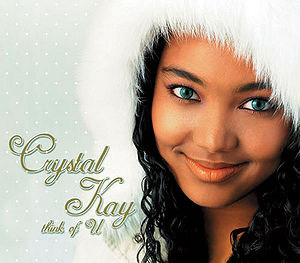 "Think of U" is the seventh single recorded by Crystal Kay. This is the first single to have lyrics written by Crystal, who was only 15 at the time. It is a Christmas themed single. The B-side "Attitude" was used as the second opening theme for the anime series PaRappa the Rapper. A remix of "think of U" was featured on her next single "hard to say". The single reached #60 on the weekly Oricon chart and sold 7,200 copies.