(Redirected from Two as One) 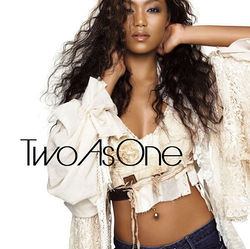 "Two As One" is the 18th single released by Crystal Kay. The title track is a collaboration with the Japanese R&B duo CHEMISTRY and was used as the commerical song for Toyota's "WiSH". "Namida ga Afurete mo" was used as the image song for the Japanese release of the American film Dark Water, a remake of the Japanese film of the same name. The single reached #2 on the Oricon weekly charts, where it charted for 14 weeks. It sold 107,262 copies, becoming her second best selling single to date