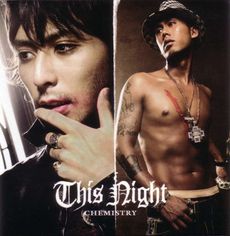 "This Night" is the 21st single released by CHEMISTRY. The lyrics were written from the point of view of a girl. The title track was used as the ending theme song for the anime Toward the Terra. The single reached #13 on the Oricon weekly charts and charted for 5 weeks.