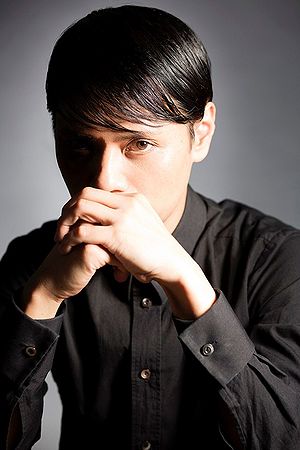 MONDO GROSSO (It: Big World), originally the name of the Kyoto-based acid jazz band formed in Kyoto in 1991, eventually came to be the main alias of composer, DJ, musician, producer, and former MONDO GROSSO leader and bassist, Osawa Shinichi. Releasing innovative tunes with his solo projects, Osawa has set out countless producing and remix works for both artists in Japan and abroad. Osawa describes himself as a "Musical Multi-Personality", working within a multitutde of genres under various aliases and projects. Currently, Osawa is under cutting edge.

Formed in 1991 and originating out of Kyoto with bandmates B-BANDJ, Nakamura Masato, and Otsuka Hidehito, MONDO GROSSO released their self-titled first album under the independent record label For Life Records on June 18, 1993. The album was very well received both domestically and internationally, leading to a new style in Japanese club music that would eventually become a standard. In 1995, after a second album released on October 10, Born Free, featuring acid jazz stalwart Monday Michiru and the completion of their touring, the band officially disbanded.

Osawa began solo work soon after the dissolution, becoming a collaborator with already established musicians in Japan. Through this transitional period, MONDO GROSSO morphed into a collaborative project, featuring Osawa and various other vocalists and musicians whom he would release future material with. With many of his self-produced collaborations, he released the album R&B-infused acid jazz album CLOSER on August 21, 1997. Around that same time, he began his career as a hit-making producer.

After the release of his third full-length album, Osawa turned his focus on production, working with many high-profile artists in Japan. His first explorations into full production began with the release of UA's single, "Rhythm", on September 24, 1996. He soon followed his first success in the field with the production of Monday Michiru's well-received single "You Make Me", released in 1998. Upon his expanding success, he left FOR LIFE MUSIC ENTERTAINMENT and signed to major record label Sony Music Associated Records in 1999. Upon this shift, Osawa was able to begin his own record label, REALEYES, that same year. Osawa produced another full-length album for a then-upcoming musician bird. Her first album, SOULS, was released on March 20, 1999, and became a massive hit domestically, selling well over 800,000 units.

After taking a temporary break from his own work, Osawa resumed activity under the name MONDO GROSSO. The following year Osawa would release his most popular single to date, "Life", once again collaborating with bird on vocals. The single became his highest charting to date, peaking at #18 on the Oricon weekly charts. Following the release of one more single BUTTERFLY, he released his fourth full-length album, MG4, on August 26, 2000, becoming a milestone in his solo music career. The album was met with critical acclaim, with credit to the fusion of acid jazz and house, the display of the diversity in his style of production, and collaborations with musicians such as N'dea Davenport and Amel Larrieux on the album. The album was also released by Sony Music internationally in over 25 countries.

Osawa soon returned to the field of producing after the success of his solo album, producing and remixing for a number of established artists in Japan as well as internationally. In 2002, Osawa provided a track, "BLZ", as the only contributor from Japan, for the official 2002 FIFA World Cup album Fever Pitch, which was released in over 30 countries worldwide. In 2003, his fifth album "Next Wave" was released. The album became one of his most successful, debuting at #10 on the Oricon charts and selling over 150,000 copies, significant for a club-oriented album. In 2004, he signed Nobuchika Eri to his now retitled FEARLESS RECORDS label, but was dropped by Sony Music Associated Records in 2006 upon Osawa's move to avex's rhythm zone imprint.

His first major release with rhythm zone came in the form of his first studio album under his real name, The One, released on September 26, 2007. The album introduced a heavier, rock-influenced sound that was a far cry from his R&B-influenced productions under his MONDO GROSSO alias. In between the international release of The One, in late 2008, Osawa participated in the project, ravex, with fellow Avex labelmates and DJs Taku Takahashi of m-flo and Tomoyuki Tanaka a.k.a. Fantastic Plastic Machine. The project was a commemorative project by Avex celebrating its 20th anniversary in the Japanese music industry. The project began with the single "I RAVE U" featuring DJ OZMA in late 2008 and ended with the studio album trax, released in early 2009. The studio album consisted of collaborations with well-known avex-signed artists, including Tohoshinki, Namie Amuro, MONKEY MAJIK, Tsuchiya Anna and BoA.

That October, he conceived a new side project, BRADBERRY ORCHESTRA, with producer and musician Kobayashi Takeshi, best known for producing artists such as Mr. Children, Salyu, Onitsuka Chihiro, and Akanishi Jin. In June, he released his second studio album under rhythm zone, SO2. Osawa rounded out the year establishing a "digital" label, LDK (Loud Digital Kitchen), with fellow DJ Tomo Hirata, and began releasing music under various aliases.

By the end of 2010, it was announced that two songs from his BRADBERRY ORCHESTRA side project, "Mutation" and "kizamu", would be used as the beginning and ending themes respectively for the upcoming Playstation 3 video game Ryu ga Gotoku OF THE END, the third spinoff in the Ryu ga Gotoku series (otherwise known as the "Yakuza" series in Western territories). BRADBERRY ORCHESTRA's debut mini-album, Vol.0, was released on March 16th. The final release under the project name was the single "Physical", featuring Suga Shikao, Crystal Kay, and Salyu, which served as the theme song for TV Tokyo's broadcast of the 2012 Summer Olympics in London.

In the beginning of 2016, Osawa announced that he will be returning to the MONDO GROSSO monkier for upcoming projects. His first album under the name in 14 years, "Nandodemo Atarashiku Umareru", is his first album featuring all-Japanese vocalists, and was on June 6, 2017, under sister avex label, cutting edge. The album debuted at #8 on the weekly charts, a career-best for Osawa. The follow-up, Attune/Detune, was released a year later.

Note: Releases without tracks listed may be remixed entirely by MONDO GROSSO/Shinichi Osawa when unspecified.