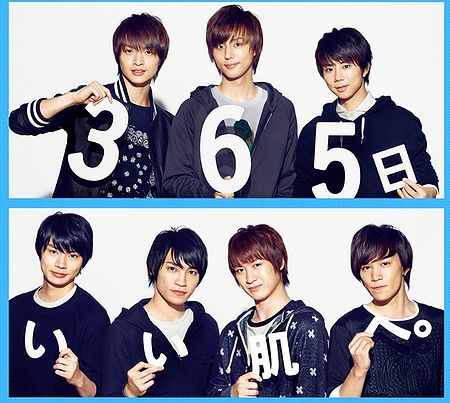 In August 2005, two Johnny's Jr. units, Kis-My-Ft and A.B.C. Jr., combined to form Kis-My-Ft2. The name comes from the first letter from each of their last names; Kitayama Hiromitsu, Iida Kyohei, Senga Kento, Miyata Toshiya, Yokoo Wataru, Fujigaya Taisuke, Tamamori Yuta and Nikaido Takashi ("ni" in Kanji is the number 2). They performed as an eight member group until end of March 2006 when Iida Kyohei left Johnny's due to his studies, leaving Kis-My-Ft2 without its "I". 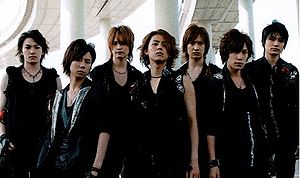 In 2008 they held their first solo concerts (along with A.B.C-Z) at Yokohama Arena and Yoyogi Stadium. And it was planned that they would have their own concert tour in the end of 2009.

In 2009 they got their own stage play for the first time, together with Uchi Hiroki and Yara Tomoyuki. They play the PLAYZONE 2009, which until then was always performed by Shounentai. They also held their first solo concert as a group, Kis-My-Ft ni Aeru de Show.

In early 2010 they once again held concerts, this time with the title Kis-My-Ft ni 010 Aeru de Show. This year also marked their CM debut. They got to do CM for dwango.jp, where they also release 2 digital singles: Fire Beat and Inori. On September they got to do a musical together with A.B.C-Z, Shounentachi ~Koushi Naki Rougoku~. In the end of the year they once again held concerts, which lasted until early the next year.

During the Tokyo Dome concert they once again received a brown envelope announcing that in 2012 the group will tour around 47 prefectures of Japan and 5 Asian counties: South Korea, Taiwan, Hong Kong, Thailand and Singapore.