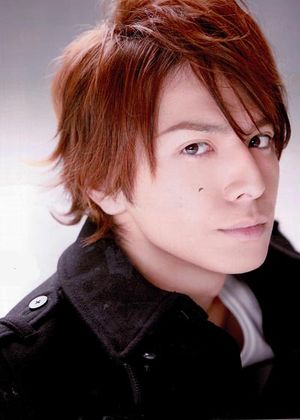 Ikuta Toma (生田斗真) is a Japanese talent artist from Johnny & Associates. His family consists of a father, a mother named Hiromi, a younger brother named Ryuusei, and a dog named JAM. His father wanted to name him Ikuta Tamegorou, but his mother changed it to Toma because it was easier to say. He used to be called Toma by his family and friends. His junior in the agency used to call him Toma-san that morphed to Tomasu, this name was used when he was hosting a corner Meitantei Tomasu in the Shounen Club program. In 2010, Ikuta had his first leading role in a movie named Ningen Shikkaku.

Ikuta Toma first performed on a children's variety show and was in a kids' band with members such as Iida Mai before entering Johnny's Jimusho at the age of twelve on the 11th of February, 1996. His first group was with future members of the group ARASHI, Matsumoto, Aiba, and Ninomiya and was named M.A.I.N. This was soon followed by the group B.I.G. with Yamashita Tomohisa, where they became very good friends. When Tackey & Tsubasa graduated Johnny's Jrs, the Four Tops were formed to take over the leader position and host the show Shounen Club, and consisted of Ikuta Toma, Yamashita Tomohisa, Hasegawa Jun, and Kazama Shunsuke. When Yamashita Tomohisa was put in NEWS, Four Tops disbanded and fans called the rest as Three Tops when they performed together.

Ikuta later began his activity as solo artist. One of his biggest breakthrough was his first leading role in the Shinkansen*NEXUS stageplay Cat in the Red Boots, as TOMA-sama. Currently he writes in the group J-Web "Tomogato NEO" as well as the magazine Wink Up in a column titled "Ikuta Toma no Ikita Kotoba". He is also a member of the unofficial multigenerational Johnny's group NO BORDER where he came up with the name. Other members include Yamashita Tomohisa of NEWS, Murakami Shingo of Kanjani8, Sato Atsuhiro (former Hikaru Genji), Matsumoto Jun of Arashi, Domoto Koichi of Kinki Kids, Yamaguchi Tatsuya of TOKIO, and Takizawa Hideaki of Tackey & Tsubasa In October 2007, Ikuta performed in the Shakespeare stage play "The Two Gentlemen of Verona". He then scored his first leading role in the winter live-action adaptation of the popular manga Honey & Clover.

Next, Ikuta will co-star with Ohno Satoshi in the summer drama Maou, a remake of a popular Korean drama. He will also prepare to star in another stageplay, Grease, playing the title role of Danny Zuko and will work alongside Kanda Sayaka, Yara Tomoyuki (MA) and Fujimoto Miki. 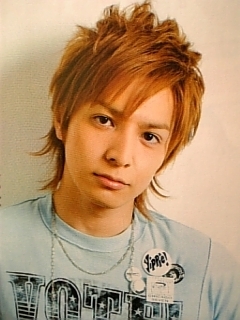 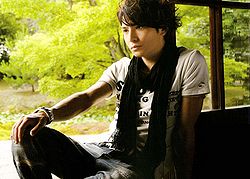