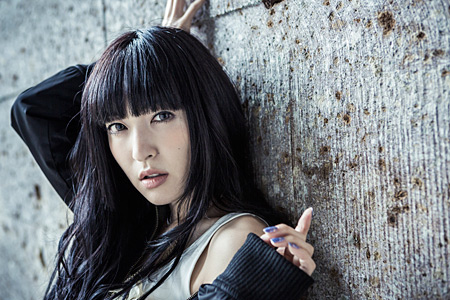 Kanda Sayaka (神田沙也加), also known simply as SAYAKA, was a Japanese actress, seiyuu, and pop star. She debuted under Sony Music Japan but in 2011 moved to Pony Canyon for the release of her second album. She was also the vocalist of duo TRUSTRICK. She passed away on December 18, 2021. 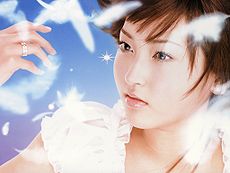 Kanda Sayaka, daughter of the J-Pop idol Matsuda Seiko and the actor Kanda Masaki, made her unofficial debut when she was only 6 years old while participating on a duet with her mother for the Christmas song "Twinkle Star, Shining Star", included on Matsuda's album Sweet Memories '93.

In 1999, at age 13, she had a minor role in the short film Bean Cake, which later appeared at the Cannes Film Festival and earned the "Golden Palm" award in 2001. 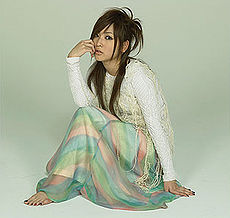 wrote Matsuda Seiko's song "Koi wa Itsudemo 95ten", which became her first published lyrics. One year later she will also write Matsuda's song "Misty Rain". For these songs credits Kanda chose the pen-name "ALICE" in reference to one of her mother's title songs, "Jikan no Kuni no Alice".

In May, 2002, she signed with Sony Music Japan (also Matsuda's label at that moment) and debuted as singer under the stage name SAKAYA with the single "ever since". One year later, in 2003 Kanda officially debuted as an actress with the lead female role of the film Dragon Head (with Tsumabuki Satoshi), and also with one of the lead roles of the dorama Yankee Bokou ni Kaeru.

On May 21, 2005, after releasing four singles and an album, Kanda's singing career was put on hiatus. Her grandmother, actress Asahi Teruko, through a press communicate, stated that Kanda finished High School and her musical career would take a break for personal reasons.

In December 2006, Kanda resumed her public activities with her participation on the dorama Tatta Ichido no Yuki, putting an end to her musical career as SAYAKA, although since then, participating on many musical stages.

In 2011 she announced the release of a second album, LIBERTY under her new label Pony Canyon. The album would be released in commemoration of the 10th anniversary since her debut on the short film Bean Cake. Half of the songs on the album are originals with lyrics penned by Kanda herself, while the other half are English cover songs from various musicals.

In 2013 she voiced the character Anna in the Japanese release of Disney's animated feature film Frozen. This role won her the best leading actress award at the 9th Annual Seiyuu Awards in 2015. At the 65th NHK Kōhaku Uta Gassen, she performed the song "For the First Time in Forever" with musical actress Idina Menzel who voiced Elsa in original English version of the film. Kanda reprised her role in the 2019 sequel Frozen 2.

In 2014, she formed the band TRUSTRICK with guitarist Billy. They released their debut album, Eternity in June of the same year. The duo went on hiatus at the end of 2016 and eventually announced their disbandment in April 2019.

On May 13, 2017 she married actor Murata Mitsu. However, Kanda announced their divorce in December 2019 through her blog, citing differences in opinion about having children.

On September 22, 2020, it was announced that Kurosaki Maon and Kanda Sayaka have teamed up to form the ALICes unit through the unit's official twitter account.

It was announced that she died on December 18, 2021 by falling from a high floor of a hotel building in Sapporo.

Note: All releases are under the stage name Kanda Sayaka unless otherwise stated. 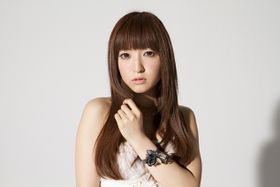