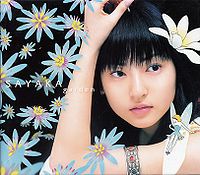 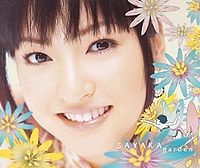 "garden" is SAYAKA's second single. It was released 15 moths after her debut single "ever since". The single was released in two editions, limited and regular. Limited edition comes housed in a digipack with a 16 page booklet. An acoustic version of the title track was later included on her first album Doll. The B-side "Believe again" was used as image song for the 82nd National High School Rugby Tournament. The single reached #13 on Oricon charts and charted for 5 weeks.