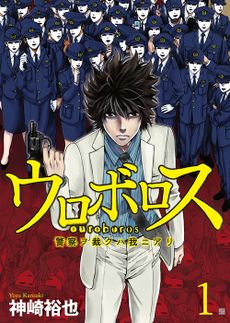 Ouroboros (ウロボロス) is a manga by artist Kanzaki Yuya first published in 2009. It was adapted to TV dorama by TBS in 2015.

"Ouroboros" is an ancient symbol that depicts a snake eating its own tail - meaning infinity. Based on a popular comic, a clumsy detective and a cool gang stand up to true evil. Ikuo and Tatsuya grew up in a children's orphanage together. When their favorite teacher, Yuiko, is murdered, a policeman wearing a gold watch covers up the incident. Ikuo and Tatsuya promise each other to avenge their teacher someday. Twenty years later, Ikuo is a detective in Shinjuku second police station investigating various cases with elite detective - Mizuki, while smart and handsome Tatsuya has become one of the top members of a gang group. 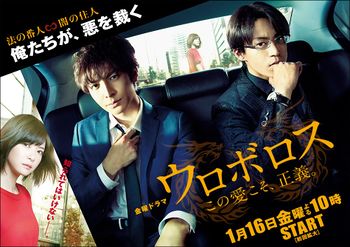 The manga was adapted to TV in 2015, main-casting Ikuta Toma and Oguri Shun. It aired from January 16th to March 20th and had an average viewership rating of 10.4%. 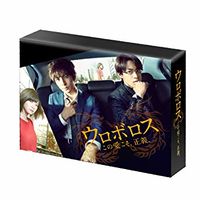 The dorama was released in a compiled box in both DVD and Blu-ray formats. It was released on August 5th, 2015.