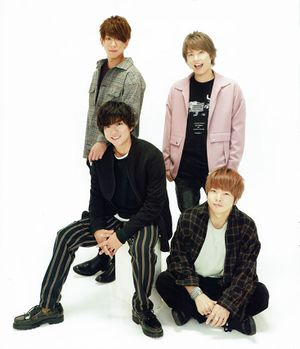 NEWS (also seen as News and NewS) is a Johnny & Associates Japanese pop group composed of four members. NEWS stands for the four compass directions: North, East, West and South. The group was formed in 2003 as a nine member group under the label Johnny's Entertainment and released their debut single "NEWS Nippon". 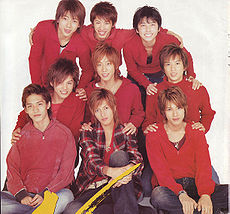 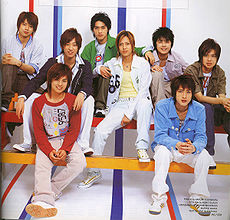 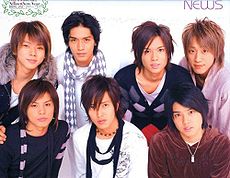 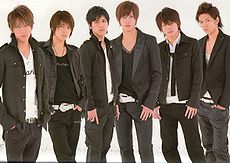 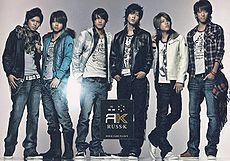 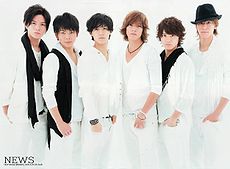 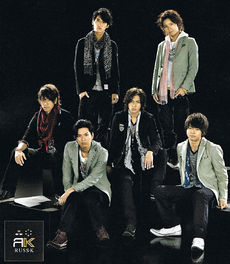 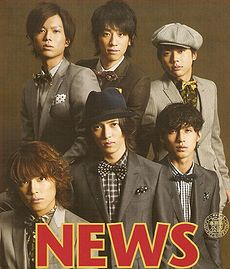 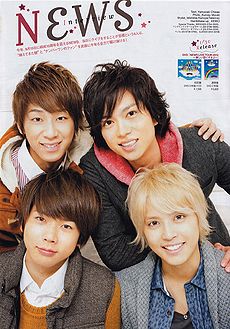 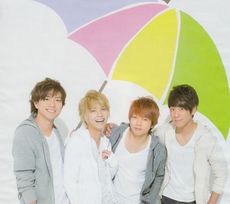 In September 2003 this group was formed as NewS and the original nine members were handpicked from the larger group of Johnny's Jr. and several smaller groups. Their first single, NEWS Nippon, which was released in 2003, was only available in limited edition at Seven Eleven stores. At the time, the unit was only formed to promote the women's volley ball tournament, which is why their single NEWS Nippon was not their official debut single, but because of the popularity of the unit, they released another single in May 2004. This single, Kibou ~Yell~, became their official debut single and reached the #1 spot on the weekly Oricon charts. It then went on to become the 13th best selling single of 2004. The member count at the time of their official debut was at 8, with Moriuchi Takahiro leaving the unit and Johnny & Associates entirely in December 2003. He is currently working with AMUSE as part of the band ONE OK ROCK.

The unit highlights the connection between Kanto and Kansai Johnny's with two members, Nishikido Ryo and Uchi Hiroki, being Kansai Juniors. Even though the boys debuted with NewS, they did have a second debut with their Kansai unit Kanjani8 later that year. Since both boys frequently moved between the two units, NewS was often featured with only the 6 kanto members. In 2005, the unit did a collaboration with KAT-TUN and Junior units in the SUMMARY of Johnny's World. That year also marked their first member loss since December 2003. Uchi Hiroki, 19 at the time, was caught drinking in public while underage and was suspended from the agency.

In early 2006 Kusano Hironori, who was 17 at the time, was also accused of drinking but when questioned about it, he denied the accusation but still decided to withdraw out of his own accord. For a short term NewS performed with only six members and they released the single Sayaendou / Hadashi no Cinderella Boy. However in May 2006, the group was temporarily suspended from further group activities, so that they could reflect on the misdeeds done by some of its members. The group was expected to return in 2007 with all 8 members.[1] During the time of their suspension, the members each had their own activities; the duo Tegomass was created with Tegoshi and Masuda, while Yamashita performed alongside Golf and Mike in the unit GYM for the women volleyball tournament 2006.

On December 30th, 2006 it was announced that this group would be returning as a 6 member group, and would be appearing on Johnny's Countdown 2006-2007. Since their comeback, the group name changed to NEWS. In March 2007, NEWS released their first single after the hiatus, Hoshi wo Mezashite, as the theme song for the Japanese release of Happy Feet in which Tegoshi Yuya was the voice of the main character, Mumble. NEWS' studio album Pacific was released on the same day as their second single in 2007, weeeek. The song weeeek was used in the CMs for the clothing brand RUSS-K. It was written by the pop/hip-hop group GReeeeN and is the only single that made it to the top ten of the Oricon Yearly Single Charts. 2007 ended with the concert tour "NEWS CONCERT TOUR pacific 2007-2008". They had their first live concert in Tokyo Dome in January 2008.

After three successful singles, an album and a nationwide tour in 2008, it was announced in April 28th 2009 that NEWS would host the NTV charity program "24 Hour Television". The event was held at Tokyo Big Sight on August 29th-30th.[2] Apart from that, NEWS’ activities slowed down considerably in 2009 and 2010. NEWS released just three singles in those two years. Appearances of all six members together became increasingly scarce. While Yamashita Tomohisa focused on his solo work and Nishikido Ryo on Kanjani8, Koyama Keiichiro, Kato Shigeaki, Tegoshi Yuya and Masuda Takahisa could be seen in their own variety show “Soukon” which ran from November 2009 until March 2010.

In May 2011 Koyama Keiichiro, Kato Shigeaki, Tegoshi Yuya and Masuda Takahisa were told that Yamashita Tomohisa and Nishikido Ryo would be leaving the group. Yamashita Tomohisa cited his wish to continue as solo artist while Nishikido Ryo refered to scheduling conflicts feeling he was at fault for the lack of group activities. Initially it was unclear whether the unit would disband for good or continue with four members. Yamashita Tomohisa and Nishikido Ryo announced their withdrawal publicly on October 7th 2011. The remaining four members stated that NEWS would continue with the four of them after Tegoshi Yuya and Masuda Takahisa agreed to stay in NEWS.

On April 15th, 2012, a countdown appeared on the Johnny's Entertainment site revealing NEWS' outlines. After the intial countdown, another countdown started and the ending time coincide with Koyama Keiichiro's radio program "K-chan NEWS". With all of the members guesting, NEWS announced they will have a new single, best of album and a tour.

Their first single as a 4-member-group Chankapana sold over 300.000 copies, making it one of the most successful singles since their debut. During their tour in 2012, NEWS performed in open air stadiums for the first time. The second single release in 2012 WORLD QUEST established the connection between NEWS and soccer, being the theme song for the FIFA World Cup Japan 2012; other soccer related songs (ONE -for the win- and SEVEN COLORS in 2014, Anthem in 2015) followed.

In 2013, NEWS celebrated their 10 year anniversary with a Special Live Concert in Tokyo Dome. They also released their first original album as four, titled NEWS.

March 28th, 2016, NEWS were announced as the main personalities for NTV's annual 24HR TV charity event on August 27th 2016. They also hosted the variety show "Hen Lab" which ran from March to October 2016. Koyama Keiichiro and Kato Shigeaki can be currently seen in their own show “NEWS na Futari” (premiered July 3rd, 2015). In April 2016, NEWS took over hosting “The Shounen Club Premium” after KAT-TUN.

After the withdrawal of Yamashita Tomohisa and Nishikido Ryo, the group did not change their assigned colors but started to use them even more frequently in their costumes and photo shootings. Nowadays, a lot of articles in magazines and subtitles on TV are color coded in their respective colors.

These shapes appeared most often during their 10th anniversary tour but keep recurring in various promotional material. They are also hinted at in the song Ai Kotoba which was written by NEWS.