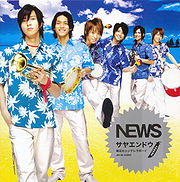 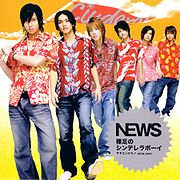 Sayaendou / Hadashi no Cinderella Boy is NEWS's fifth single and the last one before their one year suspension began. Sayaendou was used as the opening song of the One Piece movie which was released in March of 2006. Notably, this single does not include the two members who were accused of drinking, Kusano Hironori and Uchi Hiroki. Also, the PV for Sayaendou is completely composed of clips from the One Piece movie in which is generally agreed to be an attempt to not show NEWS without two of its members.

Despite not being performed by the group on TV and not being as advertised as the typical Johnny's Entertainment release, the single sold 222,848 copies by the end of the year, making it the #39 best-selling single of 2006.