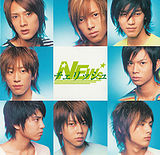 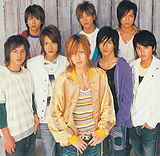 "Cherish" is NEWS' third single. The title song was used as the CM song for TBC "Good News", which featured Yamashita Tomohisa. This single was released in two versions: a limited edition and a regular edition. The limited edition included a 4-page booklet, a bonus sticker, an exclusive b-side called "SHOCK ME" and the instrumental to "Cherish", whereas the regular edition included the exclusive b-side "Devil or Angel". Both versions had differing cover artwork. This single reached #1 on the weekly Oricon charts and sold 261,584 copies, becoming the #32 single of 2005. It charted for 12 weeks and sold a total of 261,980 copies.