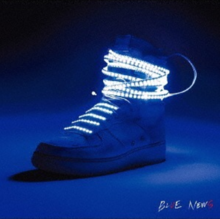 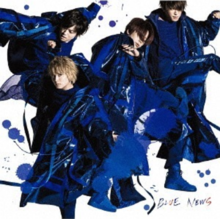 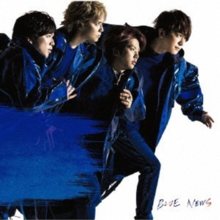 "BLUE" is the 23rd single released by NEWS. It was released in three versions: a limited CD+DVD edition (Type-A), a limited CD edition (Type-B) that includes two re-recordings of old NEWS songs and a 16-page booklet, and a regular CD edition that includes four bonus tracks. The title track was used as Nippon Television network's theme song for the 2018 Football World Cup in Russia. The single ranked 37th on the Oricon yearly ranking of that year.