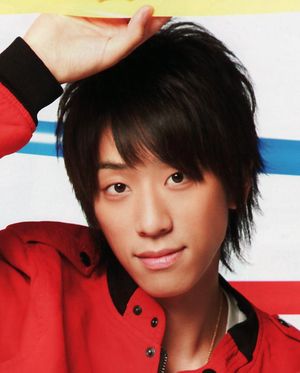 Koyama Keiichiro is a member and leader of Johnny's Entertainment group NEWS.

Entering Johnny's Entertainment on the 21st of January 2001, Koyama started out with the unit B.A.D. which stands for Beautiful American Dream. It is also the unit where he met fellow NEWS band mate Kato Shigeaki, who would soon to be his best friend and band mate for the years to follow. His second unit as a junior was B.B.D. which at first stood for Bad Boys Dancing, but was later changed to Best Beat Dancing. In October 2001, he was chosen as a member of Domoto Koichi's project, J Support, along side fellow NEWS members Kusano Hironori and Kato Shigeaki. It was in this unit that Koyama started out as an announcer for shows such as the Ya-Ya-yah show, and this has carried through to NEWS, which he joined in September 2003.

Koyama is the oldest member of NEWS and is often seen as the mother figure of the group. He is well known for his single eyelids and is often teased about them. He, amongst other Johnny's members, completed his education and graduated from Meiji University's Arts & Humanities facility with Honors. During NEWS' hiatus, he worked in his parent's Ramen shop along with working as host for Shounen Club and guest appearances in doramas such as Yamashita Tomohisa's Kurosagi.