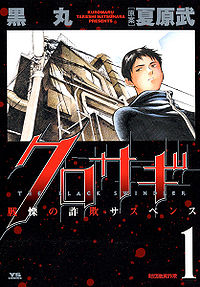 Kurosagi (クロサギ; English: The Black Swindler) is a Japanese seinen manga written by Natsuhara Takeshi and illustrated by Kuromaru. It was published on Young Sunday Magazine from 2003 to 2008, collecting 20 volumes. Later, a new series was created under the name 新クロサギ (Shin Kurosagi).

In 2006, a dorama was made by TBS based on the manga. A movie version was produced and released in 2008.

Kurosagi is about a young man by the name of Kurosaki who swindles other swindlers to get back the money they have stolen from others. He concentrates on Shirosagi (White Swindlers - people who swindle others financially) and occasionally Akasagi (Red Swindlers - people who swindle others through manipulation of their feelings). Kurosaki's father had killed the rest of his family because of the work of a Shirosagi and now he wants revenge and so he sets out to destroy other Shirosagi. 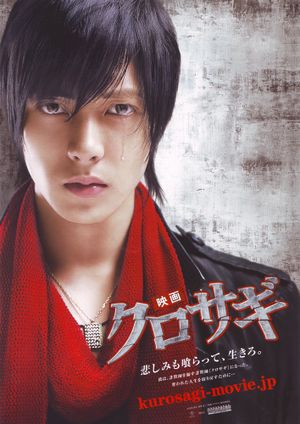 The movie version of Kurosagi was released in March 8th, 2008. The theme song is Taiyou no Namida by NEWS and insert song is Daite Señorita by Yamashita Tomohisa. 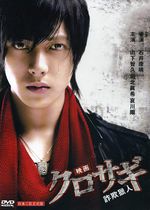