Is a Kansai Johnny's Jr. group. 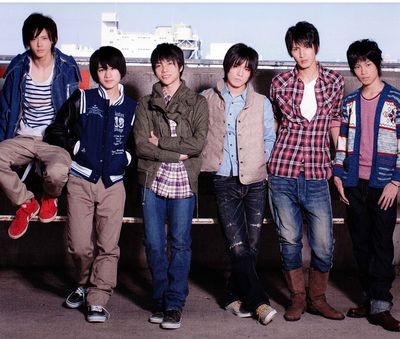 In 2009, Nakayama Yuma debuted with the Kanto Johnny's Jr. group, B.I.Shadow, as Nakayama Yuma w/ B.I.Shadow with the single Akuma na Koi, which was used as the ending song for Nakayama's third drama Koishite Akuma. In March 2010, Nakayama joined with Yamada Ryosuke and Chinen Yuuri to form NYC.

Due to Nakayama Yuma's increasing solo and NYC-related activities, the remaining six continue on with their own separate group activities under the name 7 WEST.

On 2012, Shingaki Yuto and Takemoto Shinpei left Johnny's Entertainment. Their recent activities can be seen mostly at their Twitter.