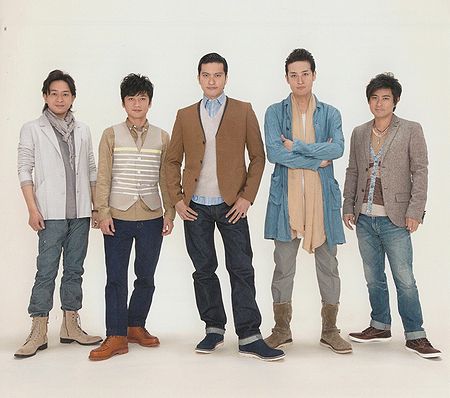 TOKIO is a Japanese pop-rock band handled by Johnny's Entertainment. They debuted in 1994 under Sony Music Japan, however they switched to Universal Music J in 2001. They transferred to J Storm label in 2008.

In 1990, the original Tokio was formed when Joshima Shigeru was put together with other 'Juniors' Matsuoka Masahiro and Kokubun Taichi, both of whom had also joined Joshima and Yamaguchi in a few of their practices in the past.[1] Rhythm-guitarist Kojima Hiromu joined soon after this. During this time, Joshima underwent negotiations with Johnny Kitagawa himself into allowing Yamaguchi Tatsuya to join the band, and soon he became an official member as well. Nagase Tomoya, another Junior who had been making more and more headlines, began appearing with the newly-formed Tokio on occasion as a support member, which created a bit of odd tension as the group appeared in magazines and on the radio with five members, but on TV and live performances with six members. One of their first live tours included one with the band SAY・S and included all six members.

In 1994, just before the release of the band's debut single, "Love You Only", the rhythm guitarist Kojima Hiromu suddenly left the band and was officially replaced by Nagase. Their debut single was released on September 21, 1994. Two months later, on November 21, 1994, their debut and self-titled album, Tokio was released. Their very first performance after their debut was held on New Year's Eve at the 1994 NHK Kouhakutagassen.

TOKIO got their name from old romanization of Tokyo City. TOKIO is also an all-around band as they act, dance, compose and perform. In 2004, they celebrated their 10th year anniversary mark along with the release of 12 albums and 19 singles with the album TOK10. 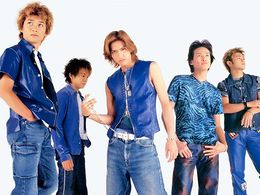 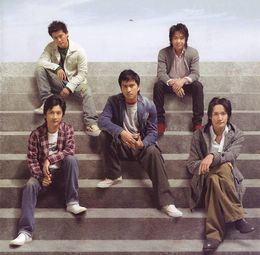 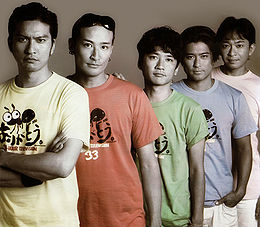 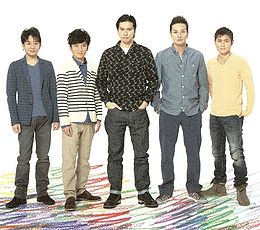