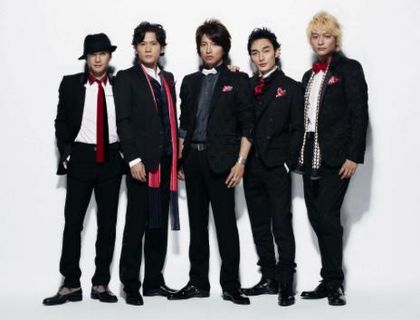 SMAP is a Japanese pop group handled by Johnny & Associates. They debuted in 1991 under Victor Entertainment with the single "Can't Stop!! -LOVING-". SMAP stands for Sports Music Assemble People.

Originally a six-person group, former member Mori Katsuyuki left in 1996 to pursue a motorcycle racing career. SMAP are members of the ubiquitous Johnny's Entertainment talent agency, and somewhat responsible for its rise to fame, with the members appearing in commercials and TV dramas, as well as releasing numerous singles and albums. As a music group they debuted in 1991 with the single, "Can't Stop!! -LOVING-", and have since released numerous other singles and albums. Their records typically sell well and singles like "Gambarimashou" and "Celery" have been huge sellers. Despite some minor slumps in popularity they continue to remain in the public focus, thanks mainly to TV show SMAPxSMAP. 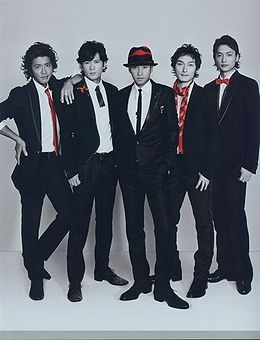