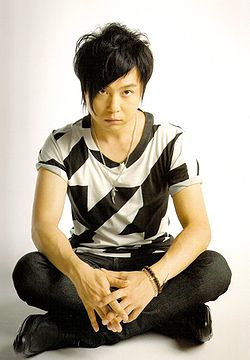 Domoto Tsuyoshi (堂本剛) is a member of the Johnny's Entertainment duo KinKi Kids. He has had a scattered solo project away from KinKi Kids, up until early 2006 when he started releasing much more frequently under the name of ENDLICHERI☆ENDLICHERI. This name was originally one he used to start up a fashion line in December 2005. The name is taken from a certain type of Ray-Finned Bichir Fish, found in Central Africa.