(Redirected from Shuuji to Akira) 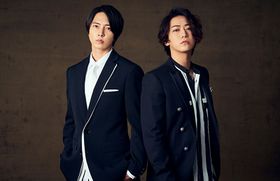 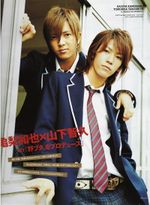 The group was first formed as a special unit under the name of Shuuji to Akira. The name from this group comes from the characters Kamenashi and Yamashita play in the dorama Nobuta wo Produce. In the dorama, Kamenashi played the part of Shuuji and Yamashita played Akira. The duo produced one single in character to be used as the ending song of Nobuta wo Produce. The single, "Seishun Amigo" quickly became the best selling single of the year on the Oricon Yearly Single Rankings for 2005, partly due to the popularity of the dorama and Kamenashi and Yamashita. It has since sold over 1.5 million copies. Though the duo still performs together as Shuuji to Akira on occasion, they were not expected to release any more singles.

In 2017, the duo reunited as Kame to YamaP and released the single "Senakagoshi no Chance", which was used as the theme for Boku, Unmei no Hito desu., a dorama in which they both star in.