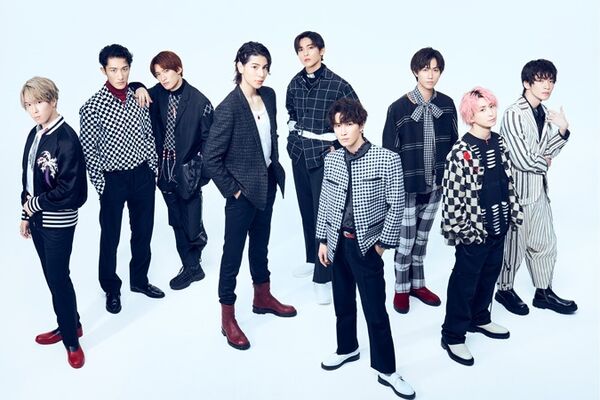 Snow Man is a Japanese pop group under Johnny & Associates that is composed of nine members and specializes in dancing and acrobatics. Formed in 2012, the group was previously a sub-unit of Johnny & Associates' pre-debut trainee group, Johnny's Jr.. Along with SixTONES, Snow Man made their official debut on January 22, 2020. The groups' simultaneous debut marks the first time for two groups to debut on the same day in Johnny's history. 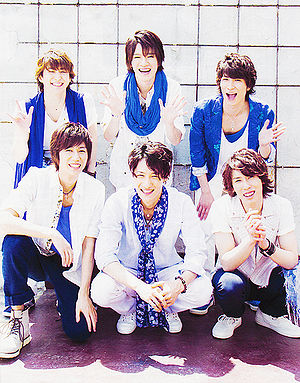 In January 2019, Raul from Shonen Ninja, Ren Meguro from Uchuu Six, and a member from Kansai Johnny's Jr. Koji Mukai, was added as new members.

The group's debut was first announced by Takizawa, who is told by Johnny Kitagawa in his hospital bed in June 2019. Debuting at the same time as SixTONES, the announcement was officially announced in Johnny's Jr. 8.8 Matsuri ~Tokyo Dome kara Hajimaru~ concert on August 8, 2019. They also "graduated" from Johhny's Jr. official YouTube channel and officially opened their own YouTube channel on December 25, 2019.

On February 1, 2020, the group marked their first overseas appearance in Japan Expo Thailand 2020. Their Asia tour titled Snow Man ASIA TOUR 2D.2D in Kanagawa, Osaka, and Tokyo, as well as overseas live in Bangkok, Singapore, Jakarta, and Taipei had to be cancelled due to COVID-19.

In March 2020, the group received their own television show titled Sore Snow Man ni Yarasete Kudasai (それSnowManにやらせて下さい; Leave It to Snow Man). The show's decision was revealed as a surprise to Snow Man through their YouTube channel in February 2020. The shows first ran from March 25, 2020, on TBS. However, later in the same month, Hikaru Iwamoto was reported to be taking a break from the group's activities after a Japanese magazine Friday published a report of him drinking at a love motel in 2017. Through Johnny's apology post, it was written that Iwamoto confirmed that an underage girl was among those present. The rest of 8 members also made their apology in their appearance at the live music program CDTV Live! Live! on the same day as the reported news. On July 1st, Johnny's net and Johnny's web announced that Iwamoto will be back to resume his activities.

In April 2020, the group performed an opening theme song for the anime Black Clover titled "Stories." The song became their second single, along with "KISSIN' MY LIPS", and their first double A-side single.

In May 2020, Snow Man was announced to be a part of Twenty★Twenty, a temporary unit consisting of 75 talents that have debuted in Johnny's, to perform a charity song. The unit was formed to help curb the spread of the novel coronavirus. The song, titled "Smile," is written by Sakurai Kazutoshi and is produced by Takizawa Hideaki.

A movie version of the stage play Takizawa Kabuki called Takizawa Kabuki Zero The Movie was released December 5, 2020 starring the members of Snow Man in the main roles. This marks Snow Man's first post-debut main role in a movie.

In April 2021, it was reported that Sakuma Daisuke will voice the male lead of Chinese animated movie White Snake, Ah Xuan in its Japanese dub version. This is Sakuma's second voice acting role after he debuted in Black Clover. The Japanese version of the movie also features a theme song by Snow Man, "YUÁN".

In August 2021, Snow Man was announced to star in the live-action movie adaptation of the anime series Osomatsu-san. Six of them will act as the Matsuno sextuplets while the remaining three will star as the movie's original characters, each named End, Period, and Close. The movie is scheduled to open in Spring 2022 in Japan. That same month, the group announced their first studio album release, titled Snow Mania S1. The album released on September 29, 2021. The first edition A of the album contains the highly requested group's pre-debut original songs, including "Make It Hot!" and "Owaranai Memories." With sales of 912,425, Snow Mania S1 became the second best selling album of 2021 in Japan. 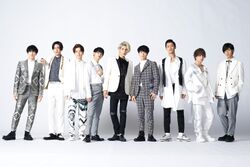