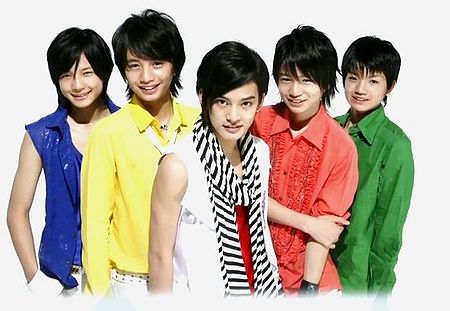 On June 4th, 2009, the debut of Nakayama Yuma w/B.I.Shadow was announced. The group was to sing the theme song for the dorama, Koishite Akuma ~Vampire Boy~. Three days later, the creation of a temporary unit called NYC boys was announced, which included Hey! Say! JUMP members Yamada Ryosuke and Chinen Yuuri. On July 15th, 2009, the groups released a double a-side single Akuma na Koi / NYC, which featured tracks from both units.

In early 2010 it wac then announced that NYC would make a debut as a 3 membered group, without B.I.Shadow. Nakayama Yuma w/ B.I.Shadow then faded away with NYC's activity and B.I.Shadow still being a Johnny's Jr. group, altough in 2011 being disbanded with Nakajima Kento and Kikuchi Fuma joining Sexy Zone.