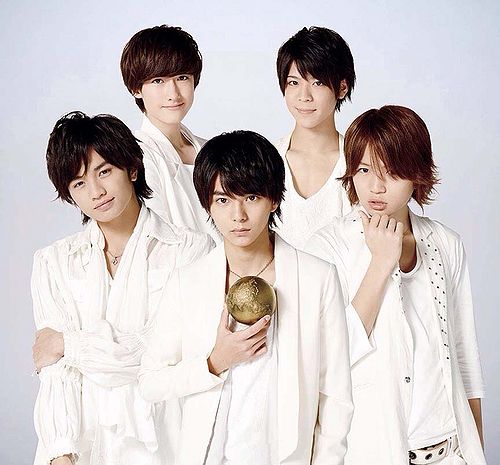 Before debuting as Sexy Zone, each member had their own solo activity. Both Nakajima Kento and Kikuchi Fuma were in the same group B.I.Shadow together with Kochi Yugo and Matsumura Hokuto while Sato Shori, Matsushima Sou, and Marius Yo were in the same group Ja(PA)Nese(HI)! until they were debuted as Sexy Zone. Before debuting, they were put in the same regular show for Johnny's Jr., Johnny's Junior Land though they're not the main cast anymore for the show. 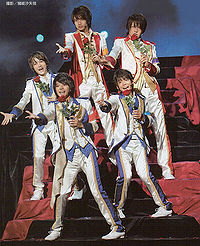 On September 29, 2011, during the "TeiGeki Johnnys Imperial Theatre Special "Kis-My-Ft2 with Johnny's Jr."" show the new group was presented to the public, Sexy Zone, which name was inspired by Michael Jackson's "sexiness". Sexy Zone is led by Nakajima Kento and the center is Sato Shori. It was also announced that they would make their debut that year as they would be in charge of the image song for the FIVB World Cup held in Hiroshima/Nagano. To promote the event, the group granted their own promotional program, Koisuru Ganbarebu.

Soon after their debut, Sexy Zone had their first concert. Later on March 2012, Sexy Zone held their Arena Tour with over 300,000 ticket requests. Due the big amount of requests, the tour, which was planned to be a one day tour, was extended by three days.

In 2012, the group was also given privilege to become an official supporter for the volleyball 2012 Summer Olympics. To promote this event, Fuji TV continued the previous season of Koisuru Ganbarebu.

In August, they releases their own first photobook titled "SWEETZ" and their first DVD SEXY ZONE ARENA CONCERT 2012. 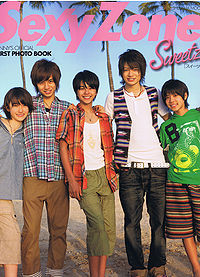