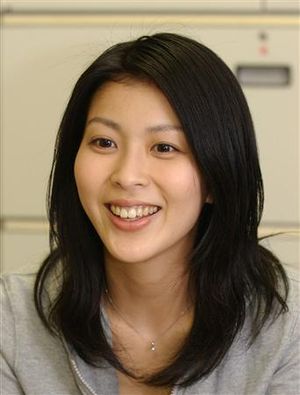 Matsu Takako is a Japanese actress and pop singer. She debuted as a theater actress in 1993.

Matsu Takako first emerged as a theater actress in 1993, when she was just 16, in Ninjo Banashi Bunshichi Mottoi. It wasn't until in 1994, after she played lead in the dorama Hana no Ran did she gain media notice. Coming from the family of kabuki actors, it is no wonder that she took where her family left off. Afterwards, she had played lead roles in various television dramas, film and theater. At 1996, she had secured her position as one of the top actress in Japan after acting side-by-side SMAP's Kimura Takuya in Long Vacation. At one point, she had to switched high schools because Shirayuri Gakuen, the school she previously enrolled, was prohibiting its students to enter the entertainment scene. She then switched to Horietsu High School. She was also cited as the youngest to host Kouhaku Uta Gassen in 1996 at the age of 19.

In 1997, she had added her medium by debuting as a J-Pop artist, showing her versatility as an artist in general. Over the years, she had received many citations and awards, most noteworthy of which is the 2004's Best Actress of the Year, making her one of the most cited actress ever.

In December 28 2007, she married to music producer Sahashi Yoshiyuki.