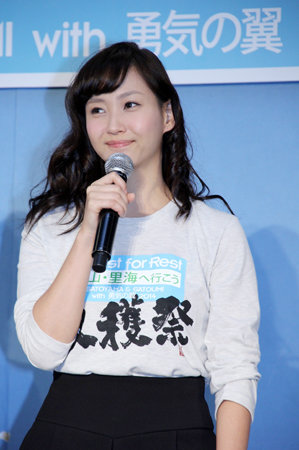 Fujimoto started off in 1999 when she audition at the avex dream 2000 audition but didn't pass. Later on, she was originally part of the group of finalists in the fourth generation Morning Musume auditions that resulted in the induction of Ishikawa Rika, Yoshizawa Hitomi, Kago Ai, and Tsuji Nozomi. While not selected at that time, in early 2001 Fujimoto was contacted again and offered a chance to debut as a solo artist. After training for a little more than a year, she made her solo debut with her first single, "Aenai Nagai Nichiyoubi." According to her Morning Musume x Tsunku 2 interview, she worked as a receptionist at Up-Front Agency during her training period.

In 2002, Tsunku pooled Fujimoto along with two other Hello! Project soloists, Goto Maki (a former Morning Musume member) and Matsuura Aya, to form Gomattou. The group released one single.

After a successful performance on the Kouhaku Uta Gassen New Year's Eve music program, Tsunku made the surprise announcement in 2003 to add Fujimoto to Morning Musume as a part of the sixth generation, sidelining her solo career indefinitely. Fujimoto gradually became one of the main vocals of the singles. Later that same year, she was added to the Country Musume roster along with Konno Asami, going on to release three singles as a part of the group.

Fujimoto was added to the futsal team Gatas Brilhantes H.P. in February 2004.

When Yaguchi Mari abruptly resigned from the group in April 2005, Fujimoto became the subleader of Morning Musume, supporting Yoshizawa Hitomi as the new leader.

In June 2006, it was announced that Fujimoto would form a new unit called GAM along with Matsuura Aya. GAM released three singles over the coming months, and then their first album in May 2007. A concert tour began on May 26th, 2007.

On May 6th, 2007, Yoshizawa Hitomi graduated from Morning Musume and Fujimoto Miki became the new leader with Takahashi Ai taking her former place as subleader.

On May 25th, 2007, Fujimoto was revealed in Friday magazine to have been dating a boyfriend, Shouji Tomoharu, who is part of comedy duo Shinagawa Shouji. Fujimoto herself confirmed that the story is true in a radio interview within days of the story breaking. As a result, on June 1st, Fujimoto, following in the footsteps of Yaguchi Mari, quit Morning Musume. She remained in Hello! Project as a solo artist. She continued to perform in GAM with Matsuura Aya on their first tour, but the group went effectively inactive after the tour ended.

She released her first single in five years on April 2008, entitled Okitegami. The A-side of the single was also done by Horiuchi Takao at the same time, causing an official battle between the two. About a year later, Fujimoto announced that she was she was engaged to Shouji Tomoharu and was getting married in July 2009.