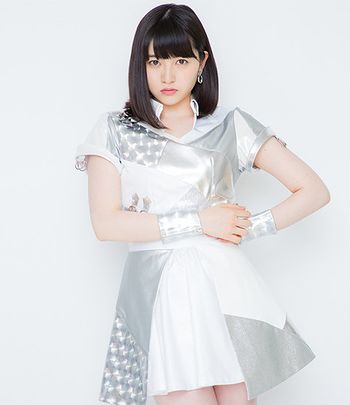 Ogata Haruna (尾形春水) was a Japanese pop singer and idol managed by Up-Front Promotion and part of Hello! Project. She was a member of the twelfth generation member of Morning Musume. She graduated from the group on June 20, 2018.

On October 26, 2016 Haruna announced through her blog that she had been appointed to the position of assistant to the head manager of the Hello! Project mobile app in the PR department of the company.

On March 27, 2018, it was announced that Haruna would graduate from Morning Musume and Hello! Project to attend a junior college. She graduated at the end of the Morning Musume Tanjou 20 Shuunen Kinen Concert Tour 2018 Haru ~We are MORNING MUSUME~ tour on June 20th.