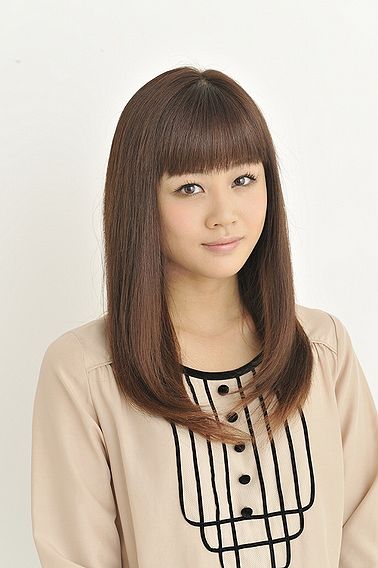 Niigaki Risa (新垣里沙) is a Japanese pop singer and actress. She was formerly part of Hello! Project as a fifth generation member and leader of Morning Musume.

Niigaki Risa was selected from Love Audition 21 to join Morning Musume as a fifth generation member on August 26, 2001, along with Takahashi Ai, Konno Asami, and Ogawa Makoto. She made her debut appearance on the single "Mr. Moonlight ~Ai no Big Band~," and first appeared on the fourth studio album, "4th Ikimasshoi!". In the same year she also participated in the summer shuffle unit, "Happy 7" along with fellow 5th generation members, Takahashi Ai and Ogawa Makoto.

Prior to joining Morning Musume, Niigaki was a finalist out of 1,000 entrants in the "Kiss Girl Audition" to become the new Tomy image girl, held by TV Tokyo's "Oha Star" program. She appeared in a commercial for Tomy Karaoke Machine Kiss-site. (Niigaki later starred in a commercial for the same company as a part of Morning Musume). Additionally, she did some work as a magazine model since spring 2000.

In September 2002, the fifth generation members were placed into the Morning Musume subgroups, so Niigaki was added to the Tanpopo roster along with Konno Asami and participated in one single, "BE HAPPY Koi no Yajirobee."

Niigaki was placed in Morning Musume Sakuragumi in January 2003 and released two singles as a part of the group before it went inactive.

In March 2006, she became a member of the kickball team Metro Rabbits H.P.

Niigaki replaced Tsuji Nozomi as the voice actress for the character of Athena in the anime Robby & Kerobby, due to Tsuji's maternity leave. In October of that year, Niigaki was then placed into the unit "Athena & Robikerottsu" along with 8th generation Morning Musume member Mitsui Aika and Nakajima Saki & Okai Chisato of °C-ute. The group released two songs before becoming inactive after to the ending of the anime.

On August 6th - 25th of 2008 Morning Musume along with the Takarazuka Revue performed a stage play version of Cinderella, with Niigaki playing the part of the prince.

In 2009, the members of Hello! Project formed seven special units to participate in a cover album. Niigaki became the leader of ZYX-α.

On the 13th of December 2010, Risa hosted the FIVE STARS radio program with co-host Kamei Eri for the last time before Eri's graduation. Risa will host two more episodes before the show ends. A new radio show will take its place in the new year hosted by Risa and fellow 5th generation member Takahashi Ai.

On the 9th of January 2011, fellow 5th generation member Takahashi Ai announced that she would be graduating from the group at the end of their Autumn concert tour, thus Making Risa the new leader of the group and also the member with the longest tenure in the groups history.

On the 13th of April 2011 Risa along with 9th generation members Fukumura Mizuki, Ikuta Erina, Sayashi Riho & Suzuki Kanon took part in the first broadcast of Morning Musume's new internet show UstreaMusume. The show is aired on the ustream site to which Risa plays the host generally conversing with the new members while mentioning comments from the live audiences.

As of September 30th 2011 Niigaki has become the leader, and longest serving member, of Morning Musume and Hello! Project. She is the first member to join the group as the youngest member, and eventually become the group's leader.

On July 13, 2016, Niigaki and actor Kotani Yoshikazu registered their marriage with plans to have a wedding in the fall. Niigaki and Kotani officially announced their divorce in January 2018. On July 31, 2020 Niigaki announced through her blog her decision to leave J.P. ROOM and continue activities on her own. She stated she had been considering her next steps in life since she turned 30, and thanked Up-Front, Tsunku, Morning Musume, and her fans for their patience and support over so many years.