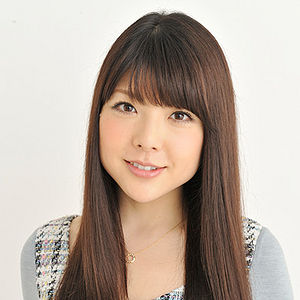 Ogawa Makoto was selected from Love Audition 21 to join Morning Musume as a fifth generation member on August 26, 2001, along with Takahashi Ai, Konno Asami, and Niigaki Risa. She made her debut appearance on the single "Mr. Moonlight ~Ai no Big Band~," and first appeared on the fourth studio album, 4th Ikimasshoi!.

Prior to joining Morning Musume, Ogawa was enrolled at the entertainment school "Apple Little Performers" (ALP) in Niigata, where she was one of the top students. She has also been a model for magazines and campaigns, such as one for automobile safety for the elderly.

In September 2002, the fifth generation were placed into the Morning Musume subgroups, and Ogawa was added to the Petitmoni roster. However, unlike the other newly shuffled Tanpopo and Minimoni, the new line-up of Petitmoni never released a single. They had one original song, "WOW WOW WOW", but it was only released on the Petit Best 4 album and performed during concerts.

Ogawa was placed in Morning Musume Otome Gumi in January 2003 and released two singles as a part of the group before it went inactive.

On June 22, 2003, Ogawa sprained her hip during the Edokko Chuushingura musical mini-live at the Meijiza Theater in Tokyo. Consequently, she was sidelined to a wheelchair for several live performances during the release of "Shabondama" (for the HEY! HEY! HEY! MUSIC CHAMP appearance as a part of SALT5, she performed sitting on a stool).

She was an original member of the futsal team Gatas Brilhantes H.P. when it was formed in September 2003, but retired from the group in March 2004. In March 2006, she became a member of the kickball team Metro Rabbits H.P..

On April 28, 2006, alongside Konno Asami, Ogawa announced that she would graduate from Morning Musume in order to study English abroad. She graduated on August 27, 2006, after the final performance of Ribbon no Kishi The Musical. Officially, she remained a member of Hello! Project, however she came back in 2008 and graduated in 2009 from Hello! Project. She makes regular appearances in the TV Asahi show Jagaimon and has performed in various stage plays, concerts with non-Hello! Project artists, and some fan club events.

Makoto announced her reitrement from show business on March 14, 2015. 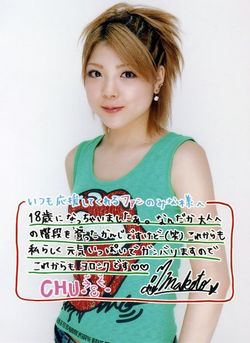