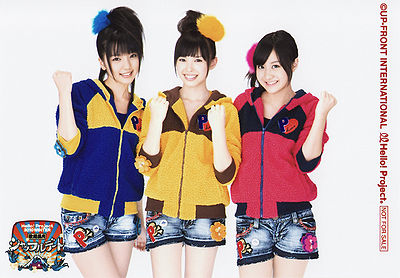 Petitmoni (プッチモニ; also Petit Moni, or Pucchi Moni) is a Hello! Project group and was the second subgroup formed from the Morning Musume lineup. The group is currently known as Petitmoni V.

The first generation members of Petitmoni were Yasuda Kei, Ichii Sayaka and Goto Maki. They went on to release their first single, "Chokotto LOVE", which sold more than a million copies.

After the first single, Ichii Sayaka graduated from Morning Musume and Petitmoni, so Yoshizawa Hitomi was added to the group. Petitmoni released three more singles before releasing their only album, Zenbu! Petitmoni. The album was a collection of all their singles and c/w tracks, along with two The ★ Petitmobics medleys and an original track, "Makenai Maketakunai".

After Goto graduated and Yasuda's graduation was announced, the group's formation changed yet again. Kimura Ayaka (of Coconuts Musume) and Ogawa Makoto (5th generation Morning Musume member) joined. Yoshizawa became the new leader, but the new lineup didn't last long enough to even release a single. They did, however, release a new song titled "WOW WOW WOW" which was included on the Petit Best 4 compilation album, as well as a remake of "Chokotto LOVE" (titled "Chokotto LOVE [2003 Version]") with the new lineup which was included on Petit Best 3 album.

After 6 years of hiatus, in 2009, Petitmoni went active again this time with a new concept and name: Petitmoni V. The new line-up recorded "Kimi ga Iru Dake de" for the compilation album Champloo 1 ~Happy Marriage Song Cover Shuu~, and later performed a new original song, "Pira! Otome no Negai" at the 2009 Hello!Project summer concert. Hagiwara Mai was absent for the performance that was used for the concert's DVD release. The song was later included on the compilation album Petit Best 10. 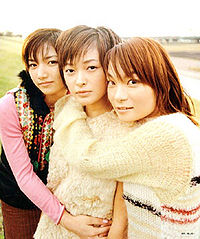 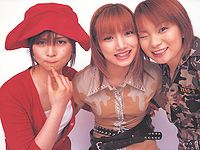 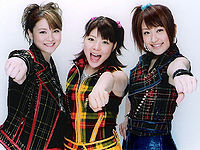