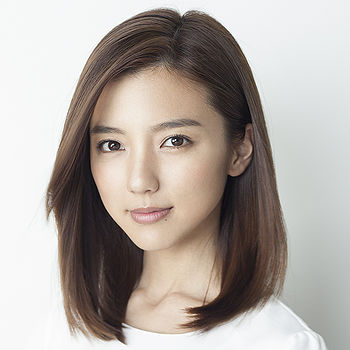 Mano Erina (真野恵里菜) is a Japanese pop singer, idol, and actress managed by Just Production. In 2006, Mano joined Hello! Pro Egg. She was the only soloist within Hello! Project from 2008 until her graduation in 2013.

She's been featured as the opening act in various of her senpai's concerts (Abe Natsumi, Morning Musume, Berryz Kobo and C-ute), starting in August 2008.

Mano was featured in the BS-i dorama special Pocky 4 Sisters ~Dasenai Tegami~ (Pocky 4 Sisters!～出せない手紙～) that aired in December 27th, 2008. She was the protagonist in the BS-i Tokyo Shoujo (東京少女) dorama series during the February 2009 episodes. She's the protagonist in the first TBS internet dorama series, Koisuru Seiza (恋する星座), which is scheduled to have 12 episodes, and in each one of them Mano has the role of a different girl; each episode features one of the 12 actors that interact with Mano (usually romantic interest).

It was announced at the end of January 2009 that Mano would debut under a major label, she released her debut single "Otome no Inori" on March 18th 2009. It reached 5th place on Oricon for its first week.

Mano along with S/mileage and Morning Musume starred in the CS-Fuji TV-TWO dorama "Half Esper" which was broadcasted from January to March 2010. Mano's role is a half trained esper that left a secret government esper research organization known as "Kokueken", without being able to fully control her supernatural powers.

In 2010 as well, the TBS drama "Mano Spy" began, where Mano plays herself, under the fictional premise that she's an undercover agent. She's sent to Japan as a spy for the Queen of England, and ends up passing an idol audition, so she has trouble with her espionage duties. The theme song of the show is "Matsuge no Saki ni Kimi ga Iru" (from Mano's first album). The show will begin streaming on internet on January 26 and will be broadcasted on BS-TBS on February 27.

On February 24, 2010, Mano was one of the winners in the "Best 5 New Artist Award" category in the 24th Japan Gold Disc Awards. The other winners were JASMINE, supercell, Big Bang and Hilcrhyme.

On April 11, 2010, during a release event for "Haru no Arashi", Mano announced that she had been invited to Anime Expo 2010. It was also confirmed by Anime News Network and in the April 21 episode of AX Live, the convention's weekly webcast, that she will be attending as an industry guest.

Note: There is an image gallery and list of Mano's magazine appearances that can be found here.