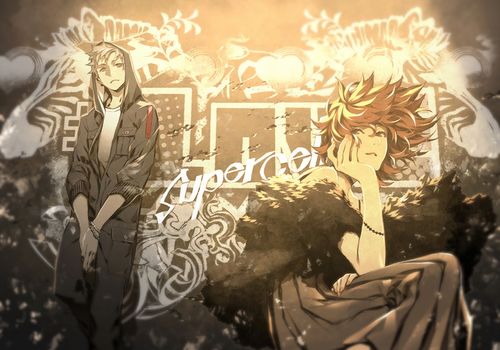 supercell is a Japanese pop band lead by ryo. They are known for their self-titled debut album featuring virtual idol Hatsune Miku.

supercell debuted as a doujin band by releasing doujin CDs in Comiket and music videos through Nico Nico Douga. In 2009, the group signed with Sony Music Entertainment and made their major debut on March 4, 2009 with a self-titled album featuring vocals by popular virtual idol Hatsune Miku. The album features a booklet and cover illustrated by various artists including manga-ka Miwa Shirow who is known for his work DOGS / BULLETS & CARNAGE. The album reached #4 on the Oricon weekly charts and sold 55,652 copies in its first week, marking their first success. In August 2008, supercell released their major debut single "Kimi no Shiranai Monogatari" which was used as the opening theme for the anime Bakemonogatari. In 2011, ryo released their second album, Today Is A Beautiful Day, and then began auditions to find the group's next vocalist. Singer Koeda won the audition.