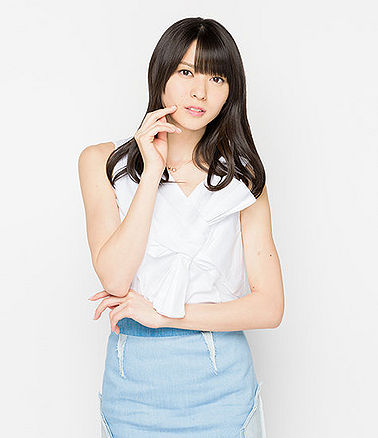 Yajima Maimi (矢島舞美) is a Japanese pop singer and actress managed by Up-Front Promotion. She was formerly the leader of Hello! Project and the leader of °C-ute.

Yajima Maimi joined Hello! Project as a child, becoming one of the Hello! Project Kids. She was a part of the group ZYX, the first Kids-featured group, before later joining and becoming the leader of °C-ute.

She was the sub-captain of Little Gatas, and considered to be one of the fastest runners in Hello! Project. She was put into Mix Gatas and was added to Gatas Brilhantes H.P. as a field player.

It was announced on 11-16-2007 that Maimi would be collaborating on a single with Hello! Project solist Abe Natsumi. The single title is 16sai no Koi Nante and was released on 1-16-2008.

On 2009-3-11 Kojina (President of Mirai CO) revealed in his blog that Maimi and Fukuda Kanon would be participating in the movie Fuyu no Kaidan (Winter Ghost Story). A preview of the movie was released on a press conference on May 23th, 2009, and it hit the theathers on July 25, 2009. Maimi is the movie protagonist, and has the role of "extermining evil spirits/ghosts". The DVD of the movie will be released on January 6, 2010.

On May 27, 2017 Yajima Maimi announced that after the group disbandment she would join the M-Line Club, alongside other former Hello! Project members, and would pursue an acting career. It was revealed on September 29, 2017 that Maimi would be a featured guest vocalist on the track "Town" from ISEKI's "AOR FLAVA -silky red-" album.