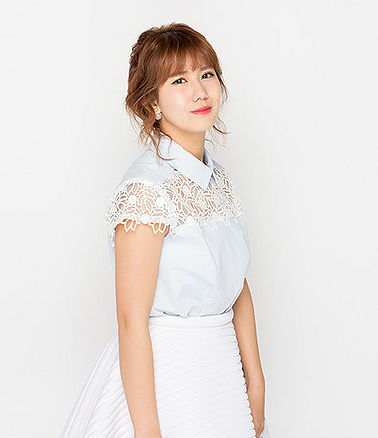 Okai Chisato (岡井千聖) is a Japanese pop singer and idol managed by Up-Front Promotion. She was formerly part of Hello! Project as a member of °C-ute.

It was announced in October 2010 via Ustream that she would be releasing her first photobook and DVD in late December.

On May 27, 2017 Okai Chisato announced that after the group disbandment she intended to mainly focus on variety and talk shows but would make a return to singing at some point in the future. Nearly three months after the disbandment, on August 24, 2017, it was announced that Chisato would hold her first solo live performance as part of several events meant to celebrate Hello! Project's 20th anniversary; her event was titled "Okai Chisato First Solo Live".