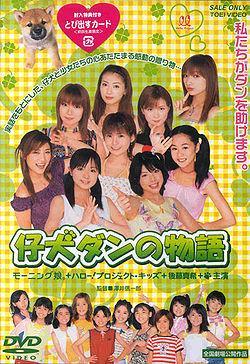 Mao is a bright young girl living in today's Tokyo and is fed up with how her parents don't seem to care for her. Her father has to work in Toyama and needs to move. Since Mao's mother is a working florist it's impossible for her to move as well and Mao's parents announce that they're getting a divorce. Mao has finally had enough and decides to move in with her Grandpa in Gunma.

She gets in contact with Chika by catching her stealing milk from a store. Chika shows Mao a blind, stray dog she found and has named Dan.

Chika and Mao, together with a lot of helpers, do their best to find Dan a good home, but Chika soon realises she can't live without him.

-One of Goto Maki's lines is "There was a time I refused to go to school..." which is a possible reference to her movie, "Seishun Bakachin Ryojiuku"