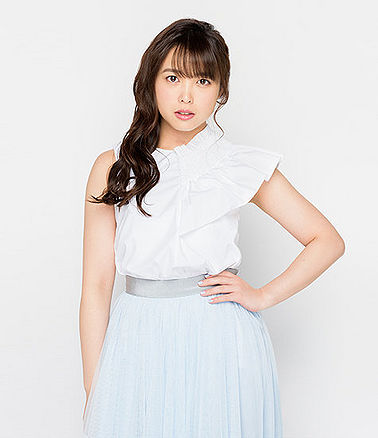 Nakajima Saki (中島早貴) is a Japanese pop singer and actress managed by Up-Front Promotion. She was formerly part of Hello! Project as a member of °C-ute.

Nakajima Saki was originally a member of the Hello! Project Kids. In 2005, she was chosen to join the group °C-ute. She was a member of Little Gatas and then Mix Gatas before being added to Gatas Brilhantes H.P. in 2007.

On May 27, 2017 Nakajima Saki announced that after the group disbandment she would pursue an acting career as well as PR and nature focused Satoyama activities.