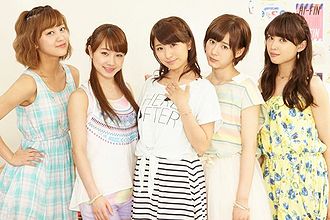 Plumeria was announced in February 2013 at a special event for the SATOYAMA Movement. The group name comes from the flowering plant plumeria. The members were chosen to in order to become more passionate and elegant, like that of a plumeria that has grown for a year under the sun. The group was formed alongside the groups Dia Lady and Mellowquad to be part of the "Hello! Project SATOUMI Movement", a movement with the aim to remind Japan of their beautiful oceans and beaches, and the need to keep them clean and healthy, similar to the "Hello! Project SATOYAMA Movement" that puts focus on the countryside.

On June 10th, it was announced that the group had changed their name to HI-FIN, created using the first letter of each members surname as well as incorporating the English word "Hi" and the French word "Fin".