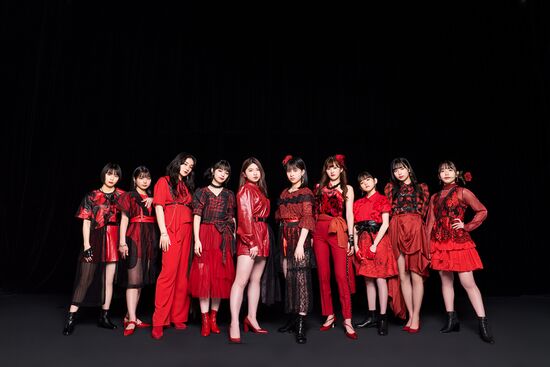 Sixth generation member Funaki Musubu announced her graduation from Country Girls, ANGERME, and Hello! Project on October 18, 2019. She would graduation from Country Girls on December 26th alongside the group's remaining members as the group entered a cease on activities, and from ANGERME and Hello! Project in March 2020. Following her graduation she planned to take a hiatus from entertainment activities, while ultimately stating her desire to pursue dance and other methods of expression, though she did not say she would stop singing, as she'd always had an interest in expressing herself and wanted to continue doing so.

On January 1, 2020, at the "Hello! Project 2020 Winter HELLO! PROJECT IS [     ] " concert, a new audition to find ANGERME members was announced. The audition was titled "ANGERME ONLY ONE Audition ~Watashi wo Tsukuru no wa Watashi~" and had an application deadline of February 25th. Later that month third generation member Murota Mizuki announced her graduation from ANGERME and Hello! Project on January 22, 2020, to take place on March 22nd during the ANGERME Premium show of the "Hello! Project Hina Fes 2020~Hisaichi Fukko Shien Tohoku wo Genki ni!~" concerts. In her statement she apologized for the short notice, and explained that she'd been considering graduation for over a year prior and only came to her decision after discussions with various people. She talked about how she enjoyed expressing herself, and her desire to start fresh in learning about expressiveness and to challenge herself to a wide variety of activities, including music and acting. In the same announcement it was noted that Funaki's impending graduation would be postponed until the end of the "ANGERME Live Tour 2020 Fuyu Haru ROCK ON! LOCK ON!" concerts. Funaki's graduation was again postponed, due to circumstances surrounding the coronavirus outbreak.

On February 28, 2020 it was announced that seventh gerneration member Oota Haruka was placed on indefinite hiatus from all activities at her own request, after admitting to breaching Hello! Project rules. The announcement noted that the office takes the matter seriously and would offer guidance from the basics while giving her time to reflect, with her return to activities to be announced at a later date. Oota stated she would take time to learn from her mistake and come back with improved self-awareness and a higher level of professionalism. Several months later on October 14, 2010 it was announced that Oota had chosen to end her time with ANGERME, but still wanted to eventually return to Hello! Project; she would start from scratch and work her way back. After the announcement her profile was moved from ANGERME's group page to the UP-FRONT PROMOTION artist list.

On June 21, 2021 it was announced that Kasahara Momona would graduate by the end of the year to her pursue dreams abroad. Her graduation took place on November 15, 2021 at the ANGERME Concert 2021 "Tougenkyou ~Kasahara Momona Sotsugyou Special at Nippon Budokan. The following month on December 14th, during the NGERME FC Event 2021 ~Angermerry Xmas~, it was announced that new members would be revealed at the end of year event. On December 30th Hello Pro Kenshuusei member Hirayama Yuki was revealed to be the only new tenth generation member of ANGERME during the Hello! Project Year-End Party 2021 ~GOOD BYE & HELLO!~ ANGERME Premium.