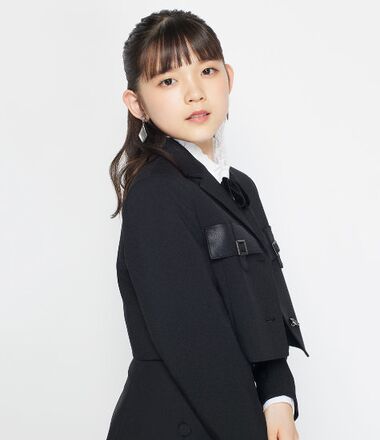 Matsumoto Wakana (松本わかな) is a Japanese pop singer and idol managed by Up-Front Promotion and part of Hello! Project. She is a ninth generation member of ANGERME.

Matsumoto Wakana was selected from the "ANGERME ONLY ONE Audition ~Watashi wo Tsukuru no wa Watashi~" audition to become a ninth generation member of ANGERME. She was first revealed as a member, alongside fellow audition winner Kawana Rin and Hello Pro Kenshuusei member Tamenaga Shion, on November 2, 2020 during a special video premiere on the ANGERME YouTube channel. During the reveal her member color was also announced to be white. Their first performance with the group would take place during sixth generation member Funaki Musubu's graduation concert on December 9, 2020, titled "ANGERME Concert 2020 ~Kishoutenketsu~ Funaki Musubu Sotsugyou Special".